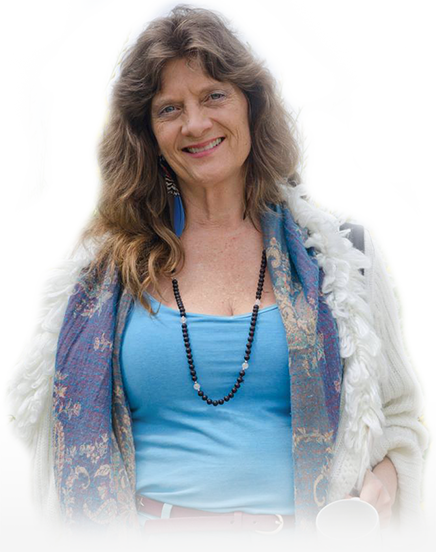 Dana Lynne Andersen is a multimedia artist, writer, playwright and teacher who has taught and exhibited on three continents. With a Masters Degree in Consciousness Studies from John F. Kennedy University she uses art as a catalyst for seeding evolutionary ideas, showing in venues such as the California Institute of Integral Studies and the Institute of Noetic Sciences (where she was artist in residence). Her artwork has been featured on the covers of books and journals internationally, and her visionary thinking has been explored in newspapers, radio and television.

Fine Art
Andersen’s paintings are vibrant and luminous, scintillating with a sense of permeating intelligence. Often cosmic in scope, sweeping panoramas of color and energy express the granduer of the universe and simultaneously employ its oceanic vastness to convey the mysterious depths of interior realms. Her large- scale paintings (such as “Autumn in the Garden of Eden” spanning 24 feet) are stunning in their power and breadth of vision. Works such as “Emissary” are impregnated with numinous symbols emanating messages from an ancient future.

In the ‘Atomic Frequency’ series, she makes use of reflective metalic surfaces to convey the electric spark of energy in the whirling dervish particle dance of atomic and electronic realms.

In works such as “The Divine Vision” (commissioned by Swami Kriyananda for the cover of his masterwork ‘The Essence of the Bhagavad Gita’) she brings fresh expression to enduring spiritual truths. Andersen opens the aperature to the cosmic scope of our existence. Through her art she reveals the luminous interior dimensions and the shimmering realms of energy that lie beneath the surface of material form.

“The arts must once again tap the wellspring of the universal truths, ancient and enduring, envisioning beyond the crisis of our current times to solutions born of dormant higher faculties.” 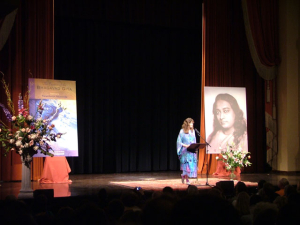 Transformative Arts
Dana is also the founding director of Awakening Arts Academy with centers near Portland Oregon and Assisi Italy. Acclaimed for her pioneering use of art and creativity as vehicles for shifting consciousness she has offered her unique programs internationally- at schools & universities, conferences, civic centers, and through her Awakening Arts Studios.

In 1986 she founded her first “Transformative Arts Studio” (HeartCore Studio Berkeley, California) – a nexus for the pioneering integration of Art and Spirituality. In subsequent studios (Tree of Life Studio Denver, Colorado) and at Ananda Village (Nevada City, California) she created studio laboratories for awakening higher consciousness through creative process. In 2002 she founded  “Awakening Arts”, conjoining artists committed to the creation of art that is inspiring and uplifting. In 2009 she began teaching abroad, establishing The Academy of Art, Creativity & Consciousness near Assisi, Italy in 2010. In 2012 she expanded the Academy to the Ananda Laurelwood campus near Portland, Oregon. She continues to offer workshops and retreats internationally as well as a Certification Program in Transformative Arts through the Academy in both Italy and Oregon.

Interview
Listen to an interview with Dana at Vital Essence: Dana Lynne Andersen: The transformative power of arts and creativity. 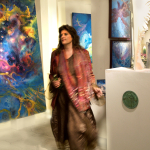 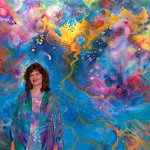 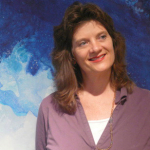 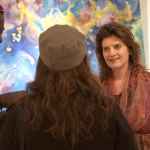 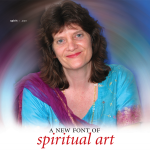